Jenny is a Swedish American who lives in the suburbs of Chicago. She has frequented the Swedish American Museum for many years, as a child playing in the Brunk’s Museum to becoming a docent watching other children play. She is currently finishing up her degrees in History and Global Studies, but still is unsure about where the future will bring her. Jenny is half Swedish from her father’s side, who is a full Swede. This is something she loves to share about her ethnicity because it’s not very often that someone is a full Swede living in Chicago anymore. She also loves to share that her Farmor (father’s mother in Swedish) grew up in both Sweden and America to the point where she forgot the language of the other country. Jenny is so impressed by this because it shows the “true capability of a human mind as well as the influences that children’s surroundings have on their upbringing.” She also prides herself on being a technical second generation in that same family line of the father’s side, but she had American relatives who helped to found the United States and fought in the American Revolution. She said “the complexity of my family history has always been something I’ve found interesting.” 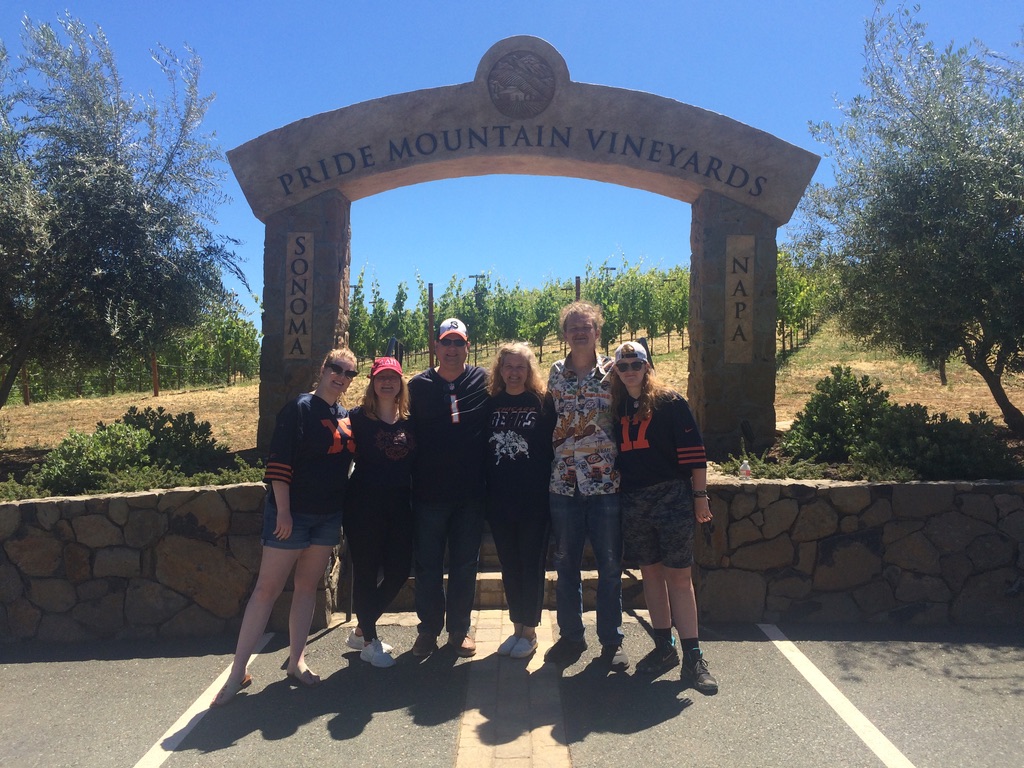 Some of Jenny’s favorite holiday traditions are surrounded by food. She loves the smorgasbord that her family makes with passed down family recipes. These feasts are enjoyed on Christmas Eve and Christmas morning typically, with meatballs, rice puddings, red potatoes, and many other kinds of meat. Jenny said “some of them are bought at the store, but somehow when we make them ourselves, the food just tastes better.” Using family recipes that came from Sweden helps Jenny feel connected to her Swedish heritage because there is nothing better than discovering something that’s been store bought was once something her relatives made from scratch every year. An all time favorite family tradition is dancing in her aunt’s basement to traditional Swedish folk music. It is a whole family affair that leaves everyone in a fit of laughter, but always ready for one more dance. With her little sister taking Swedish at her university, she told the family that a rough translation of one song is “I show you my face, or I show you my backside.” That song is a favorite for their mother. 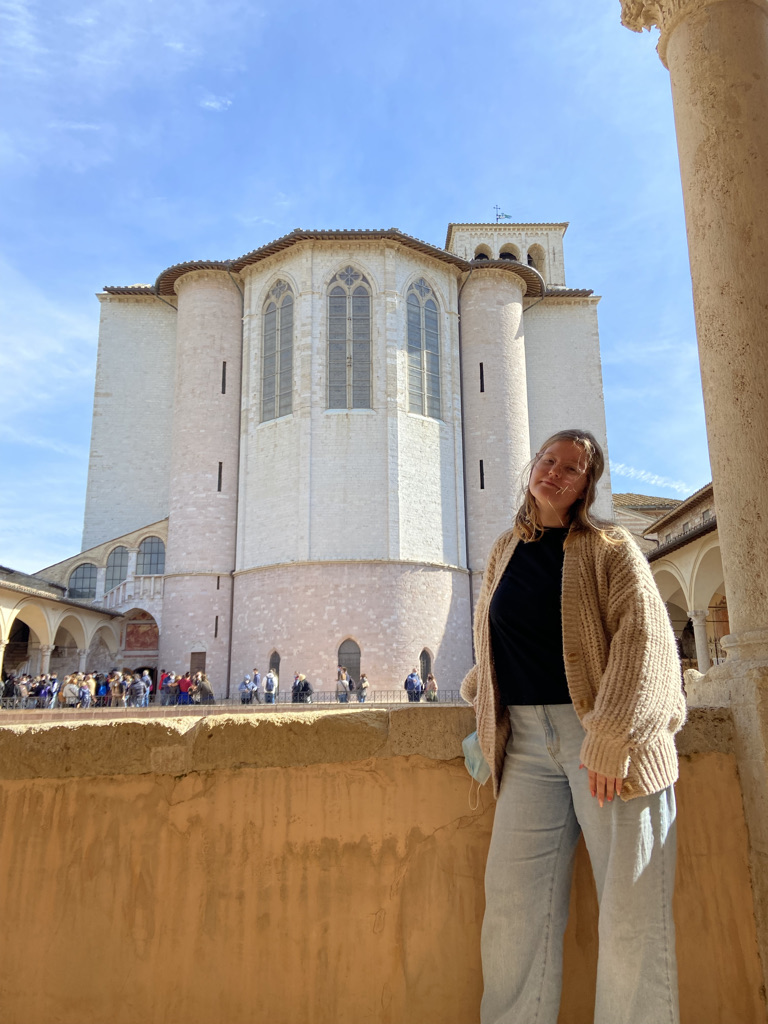 In the future, Jenny hopes to work with the U.S. Department of State. She would love to be a part of their department because of the international work that gets accomplished. She had visited the Saudi Arabian Embassy in high school and fell in love with the culture, which sparked the interest of learning new cultural traditions and seeing people interact with one another. She believes that she is headed in the right direction because she has visited family in Sweden and studied abroad in Italy. She said, “In both of those situations, I got to see how different European citizens act versus Americans.” It also helps that she’s interested in learning as many languages as possible! “Swedish is something that has been ingrained in my brain since I was a kid, so now those words just sound like any other English word:” Jenny knows some words in Swedish, but will not be giving any speeches anytime soon. Another desire for her future is visiting all 52 European countries: “I’ve only been to four for long durations, but I’ve had layovers in two more!” 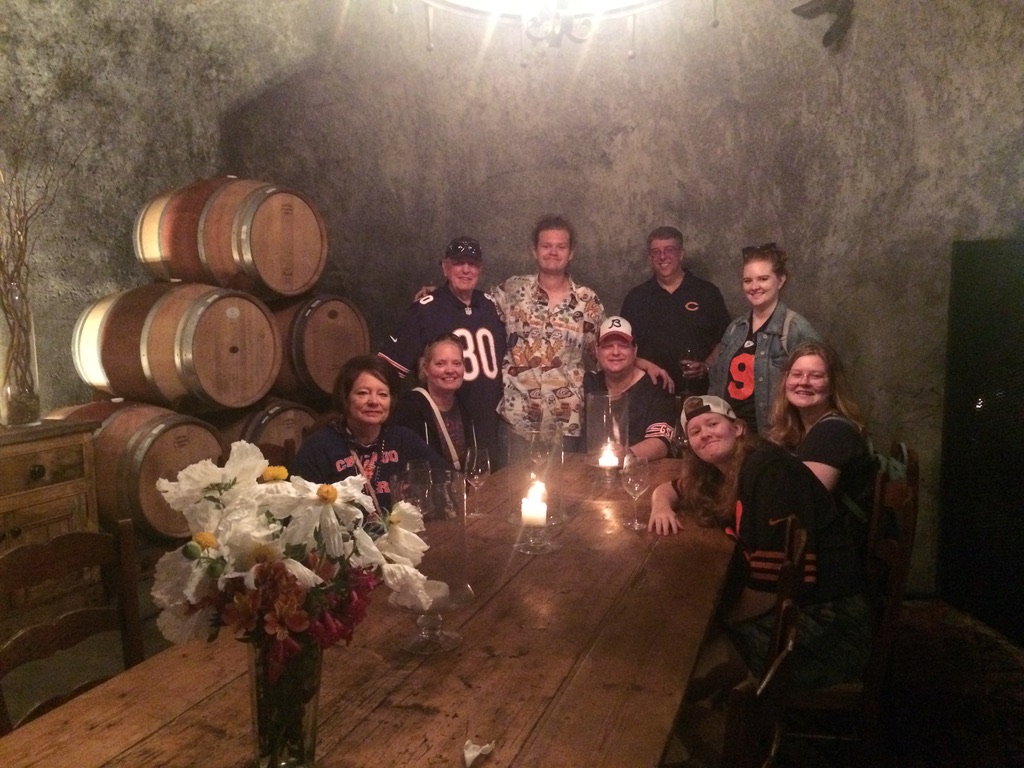 The entire Uddenberg Family in the caves at Pride Mountain Vineyards

The story of her family coming to America can be told by two grandparents. Her farmor, mentioned above, lived in both Sweden and America, but she was born in America. Jenny’s Morfar (mother’s father to her dad), had lived on a farm near Göteborg and her Mormor (mother’s mother to her dad) lived southwest of Göteborg in Karl Gustav. Her Morfar came through Ellis Island, and made his way to California, but not before meeting Farmor’s mother in Chicago. “There were more times that they took a boat back and forth between America and Sweden, each time landing in Göteborg.” On her grandfather’s side (Farfar or father’s father), all of the great-grandparents came from Varmland and went to Minnesota and Chicago. Her grandfather’s grandparents knew each other in Sweden, but his parents only got married after his grandmother’s job got transferred to Chicago from Minneapolis.