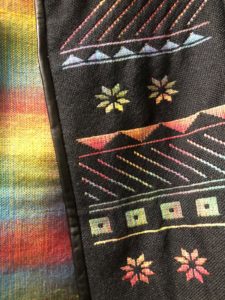 Double-weave is a special weaving technique that creates textiles with two layers. Early double-weave in Sweden was primarily used as a status symbol. It was commonly used as an art form, often depicting Christian motifs, or made into blankets, bride rugs, or baptismal robes for the wealthy. By the 1900s, the craft was very popular. Books were printed with patterns and instructions, courses were arranged, and textile art was displayed in public spaces. This popularity lasted for almost a century before it suddenly stopped. Books went out-of-print and classes were almost impossible to come by. The art form was considered difficult and boring, and as double-weaving became less popular, fewer people knew how to do it.

This exhibit is put together by nine weavers from Sweden. Their aim is to preserve this cultural heritage and teach people about its history and techniques. The weavers hope that by finding new uses, materials, and applications for double-weave, they will increase awareness around this weaving form and renew interest in the craft. 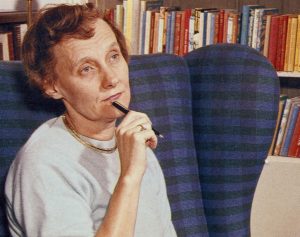 Astrid Lindgren
To Play is to Live

Come and learn all about Sweden’s beloved children’s author, Astrid Lindgren, the creator of characters such as Pippi Longstocking and Emil. Generations of Swedes, at home and abroad, have grown up reading her books, listening to them on tape and watching the movies. It is as much a natural part of childhood in Sweden as riding a bike. In this exhibit you will learn about Astrid herself, her life and what inspired her to write her stories.

Sponsors of our Special Exhibits: