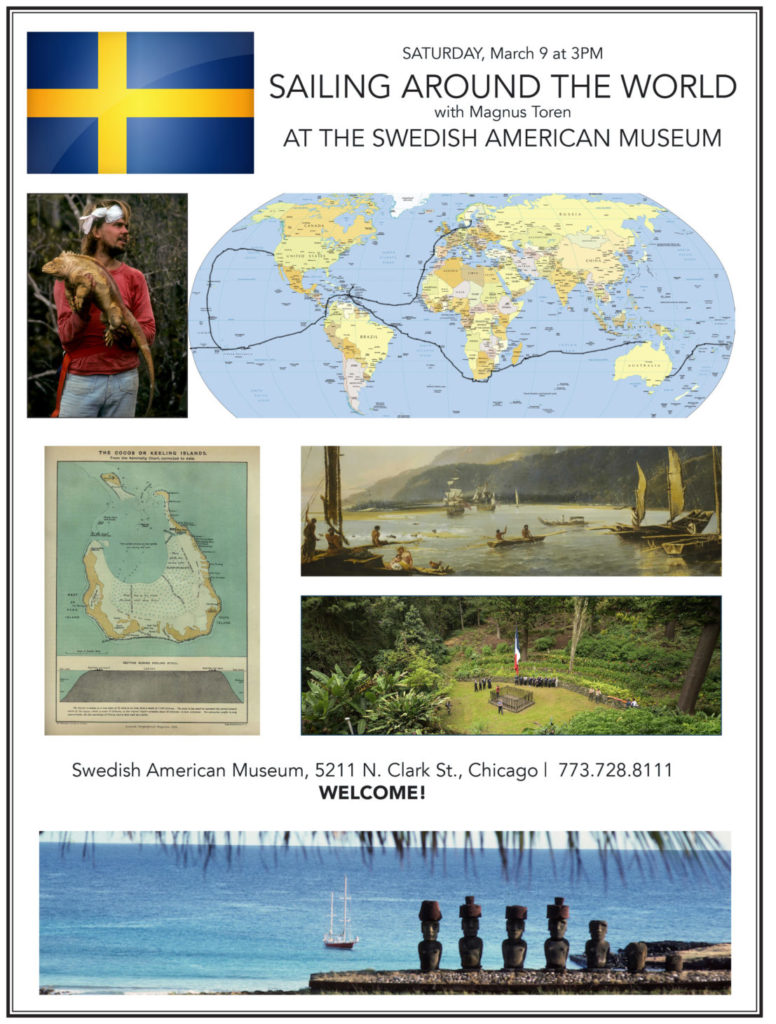 When Magnus Toren gave up his medical studies in Sweden in 1977 to sail around the world, he had no idea he would eventually wash up in Big Sur, fall in love, marry, and play an important role in preserving the memory of one of Americas great authors. With his skippers license his only formal degree, Toren has been the executive director of the Henry Miller Memorial Library on Highway 1 in Big Sur since 1993.

Born and raised on Lidingö and Särö, Magnus Toren has sailed since he was a child. After receiving his skipper’s license in 1977 he sailed off into the blue waters of the world staying out for seven years between 1977 and 1984. 1994-95 he sailed again, this time with his wife Mary Lu, his son Stefan and crew Giles Healey from Australia to the Caribbean via South Africa. Some of the more remote islands Magnus has sailed to include Galapagos (twice), Easter Island, Pitcairn Island, Rodriguez Island and Devil’s Island.

Did Magnus almost get killed by a Chilenian carabinero on Easter Island?
Did he get together with Steve Christian, direct descendant of Fletcher Christian the famous mutineer of the Bounty and end up nearly drowning together with him? Did he interview a young botanist from the University of London about the endemic Redwood, now extinct, on Saint Helena Island and get a haircut on Dreyfus’ Bench on Devil’s Island? What about once meeting a tribe of people who did not understand the phrase: Do you speak English and meeting his wife by crashing a motorcycle? Come and find out!

The program will include personal stories, told using video and still photography, about sailing and maritime history; a little about the literature of the sea and exploration, some film history (especially about the Pitcairn Island history), and music.

Cost is $10. Prepaid tickets are required and no refunds available for cancellations within 5 days of event.