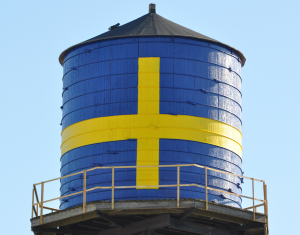 Today marks three years since the Andersonville Water Tower was removed after the extraordinarily harsh winter of 2014. For nearly 90 years, it proudly served as a landmark for our neighborhood. Thanks to all of your support, we are excited to share that we will be announcing details regarding the replacement very soon. Stay tuned for exciting news! If you’d like to help us, please visit our Support page. 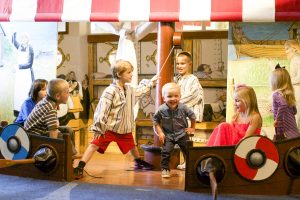 Looking for something fun to do? Chicago Parent offers some great ideas for a family day in Andersonville, including playtime at our Children’s Museum, brunch at one of the many great neighborhood spots, pie at First Slice Pie Cafe, story time at Women & Children First Bookstore and a performance from the Puppet Bike!

Taylor Wood says, “The Swedish American Museum is often considered the epicenter of Andersonville and for good reason. This little museum is both informative and fun for anyone who visits.” Visit Chicago Parent to read the full article. 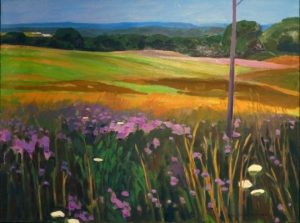 Check out the latest article on our current special exhibit, “Significance of the Ordinary” by Lars-Birger Sponberg and make sure to stop by and see it before it closes on March 12, 2017! Read Chris Miller’s review on NewCity Art. 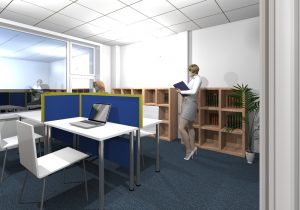 As part of our 40th Anniversary Campaign, we are upgrading our Genealogy Center with new technology and expanded public access to help our visitors research their history, connect with their roots and discover new family members.

We are looking forward to keeping you posted on our expansion plans, and hope to see you at our new and improved Genealogy Center soon!

It’s hard to believe Diana Gardner has been volunteering with us for less than a year. She made her home in Bristol, Rhode Island before moving back to Chicago. Diana has always been connected to Chicago and chose to return to be near her family and friends.

There was something Diana missed when she made Chicago her home once again. In Rhode Island Diana had the opportunity to volunteer at Blithewold Mansion for several years. “I enjoyed welcoming guests and giving a little history of the Van Winkle Family whose daughter Marjorie saved the mansion, with all the furnishings, for the state of Rhode Island. Once I got settled in Chicago I wanted to volunteer and hoped to find a place as special as Blithewold.”

Once her son found her an apartment for her in Andersonville, it wasn’t long before Diana found the Swedish American Museum. It was in walking distance of her place and attracted her right away. According to Diana she knew she wanted to volunteer at the Museum with its wonderful and kind staff and volunteers. For her she observed that the Museum “is a peaceful, comfortable, mid-sized museum that does big things.”

Diana has enjoyed volunteering at the front desk, welcoming guests, answering questions and providing information. Her enthusiasm is contagious. She has also helped with many special events and programs for both children and adults including breakfasts, dinners, concerts and wonderful art exhibits. Diana also threw herself into preparations and pricing for Tantalizing Treasures.

According to Diana, “The whole experience of being a volunteer at the Swedish American Museum is a very fulfilling one for me with its wonderful community of volunteers, staff and guests. I am always meeting and enjoying visitors from around the world. It’s a happy place to volunteer and there is so much to learn about the history of the many interesting families who immigrated from Sweden.”

From the vantage point of the front desk, Diana also enjoys seeing the excited faces of our youngest guests coming to the Brunk Children’s Museum of Immigration. Diana said about these visitors and their families, “Electronics are put away and imaginations engage—priceless in this day and age.”

Diana makes a point to say, “You don’t have to be Swedish to volunteer at the Swedish American Museum, just bring your enthusiasm and your smile. I have been blessed to find great joy here.” She is a wonderful representative of the spectacular volunteers we have at the Museum and we look forward to her contributions for years to come.

This spring the Museum has hosted two interns: Britney Scott, a freshman marketing major at the University of Illinois at Chicago, and Maria Marszalek, a senior psychology major at Northeastern Illinois University.

Britney has worked primarily in support of the Museum’s marketing efforts. She has contributed to marketing committee meetings, created posters and flyers, promoted events online and learned about using InDesign, among other things. She has also shadowed other members of staff to give her a broader idea about Museum operations and activities.

When asked what made her choose the Swedish American Museum for her internship Britney said, “I wanted to intern at a non-profit organization to expand on my past business experiences and expose myself to how a non-profit operates. Because I study Swedish in my spare time and have developed an interest in Swedish culture, the Museum stood out as a natural choice to both satisfy my personal interest and develop skills that will be relevant to my career path in marketing.” 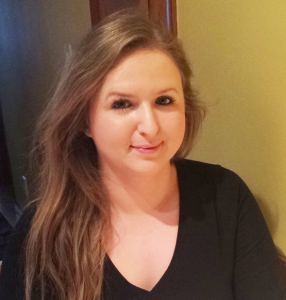 At the Swedish American Museum Maria has enjoyed “being able to relate my own culture and immigration history to the one of the Swedish people. My family and I are immigrants from Poland and can relate to many of the struggles our Swedish and Polish ancestors faced.”

On what her Museum experience has taught her Maria said, “One thing that I will take away from my internship is the importance of preserving culture, history and being able to share that within the community. With Chicago being such a diverse city it is so important to share where you came from and be proud of the path our ancestors paved for us.”

The Museum offers internship opportunities year-round in a variety of fields from curatorial internships to those focused on education, marketing or development. The benefit of interning in a mid-sized museum such as the Swedish American Museum is that interns receive exposure to multiple areas and are often given the chance to create small projects all their own. 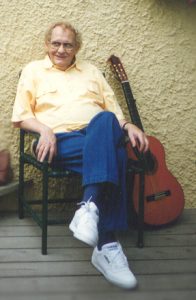