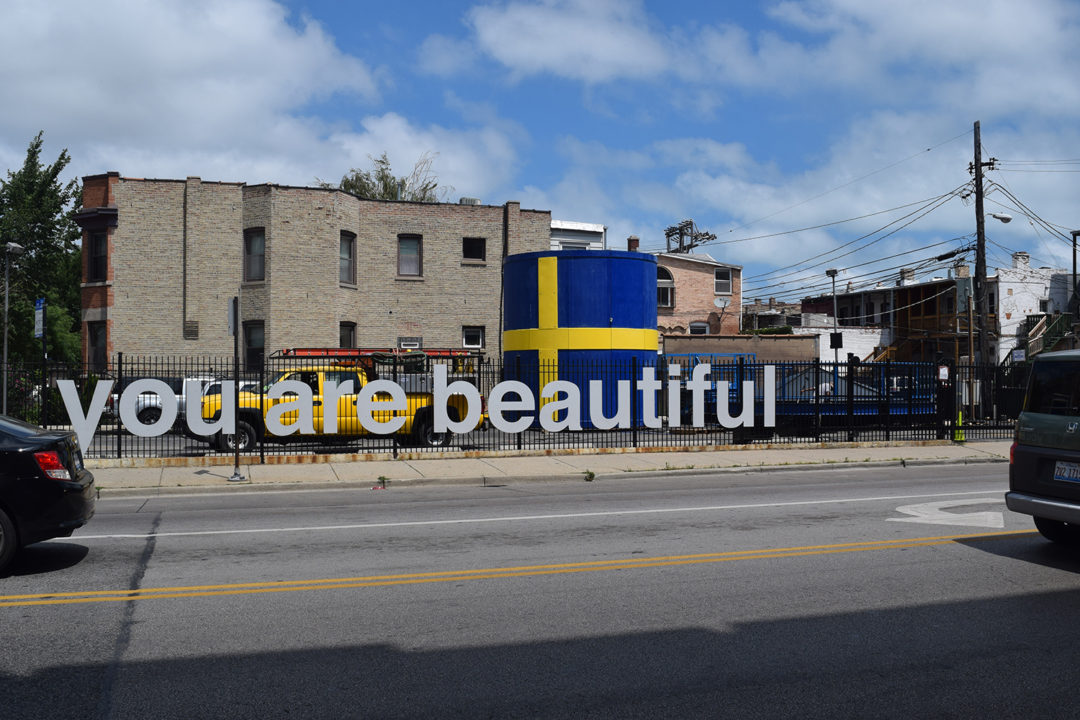 Installation of the new blue-and-yellow Andersonville Water Tank on the roof of the Swedish American Museum is scheduled for tomorrow, Aug. 8. Clark Street will be closed from Foster to Farragut to accommodate two lifting cranes starting at 7 a.m. and will remain closed until the project is complete later in the day. Onlookers are advised to avoid the East sidewalk on Clark between Foster and Farragut. We will have staff guiding when viewers can be on the west side of Clark Street to watch or south of Foster and north of Farragut.

The Museum will be closed to the public all day to ensure everyone’s safety while the tower is being placed on the roof.

More than three years after the historic blue-and-yellow Andersonville water tank was removed from the roof of the Swedish American Museum, the replica has undergone assembly in the Museum parking lot for the last few weeks prior to tomorrow’s installation.

The tank had to be taken down from the Museum roof in March 2014 after it was damaged beyond repair during an extremely harsh winter. Funding for construction and erection of a replacement was realized through large and small contributions. An impressive $165,000 was raised and the remaining cost was covered by the Swedish American Museum.

The three-story building where the water tank stood was built for the Lind Hardware Store in 1927. Water from the wooden tank served as a fire-suppression system for almost a century, but the fiberglass replica will not contain water.

The Swedish American Museum relocated to the vacant building in 1987, and the tank was painted in the colors of the Swedish flag about 20 years ago. It is considered a beacon of the Andersonville community.

This project was made possible by the support of